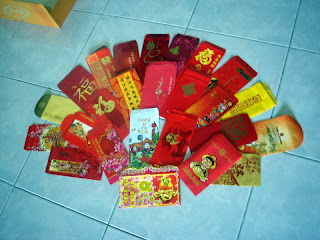 Anyway, talking about *Ang Pow*. In my last visit to Kota Kinabalu last month, Chee Yun casually told me that she collects Ang Pows. I asked her why? Isn't that a stupid question? Just 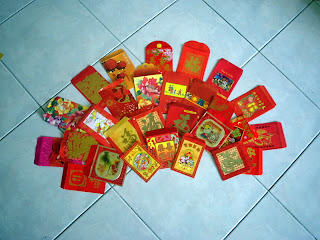 because I don't have the interest to collect doesn't mean nobody else collects!! She also casually told me that if I get back to Miri, bring whatever I can spare to her.

I search through and kept 1 of each design. I did the same here in Kuala Lumpur, with what the children already have and what they were given during this festive season. I am going to give them all to her in less than 2 weeks' time! I know she would be very pleased.

I know what I have done and give will definitely bring a glow to her face because it is her interest and it makes her happy.
Posted by Irene at 8:19 PM