Once upon a time in December 2009, I came across this situation. There was a metal pipe protruding, in a doorway. 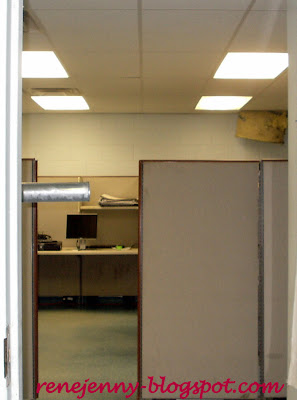 And I voiced out to the people present then. Someone, who was not responsible for that, immediately tied a pink rag. I wrote a note and slip it into the tied rag, meant for whoever had that pipe positioned, that it was a safety hazard.

Next day I saw a piece of paper with the word "Cuidado" stringed to the top of the ceiling. Right then, I didn't know what language that was. But I guess it would mean either "danger" or "careful" (which I learnt later being the meaning of Cuidado in Spanish). 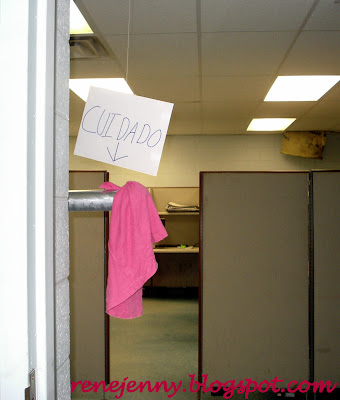 From his signed name, I believe he is a Hispanic. Did he think I was a hispanic? What irritated me was that he wrote on my note "Open your eyes". That does not justify one's action of an obvious safety hazard.

Some days later, I wrote

(read as xiao3 xin1). I wonder how the person reacted when he saw that - amused or irritated? I was just being naughty! 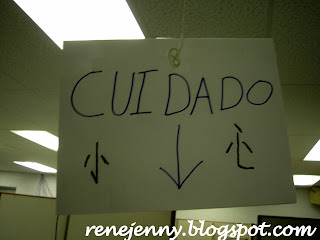 The sign is still there todate but the rag is gone.
Posted by Irene at 9:40 AM