Prancer is the grandmother of Emma (the chihuahua puppy that I wrote about last month). I think she is the prettiest of the pack. 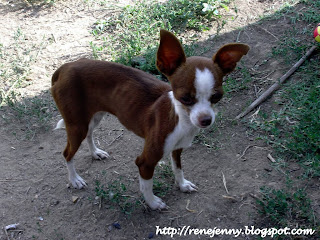 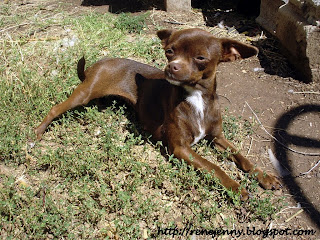 Emo is Emma's father. Emo is also Emma's uncle. Emo is the brother of Princess and son of Prancer. He is either shy or not very social. This pictures is taken under the house! 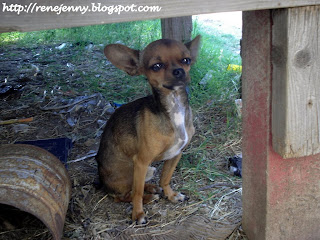 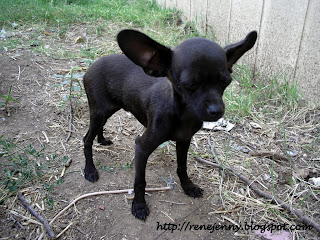 The female Chihuahuas are more friendlier than the male ones. Edward wouldn't come to me when I called his name. Emo would run under the house when I approached him.

Buster is the male and white colored while Aspin is the female grey colored husky. They are kept inside the compound and so we are always separated by a fence. I wonder how they would react to me otherwise. Whenever they see me, they would walk to the fence and I would pat them over the fence. 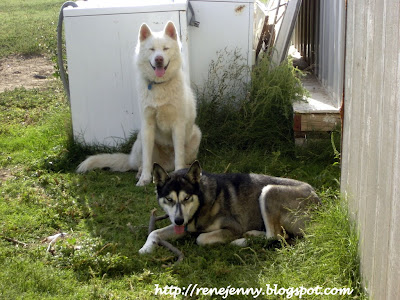 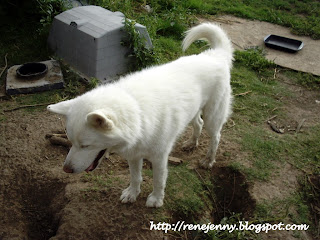