These black hard shells looked like bulls' heads. Maybe there is a legend behind the resemblance. They were about 2 inches wide and hard! According to a vendor in the Miri market, they were imported from China and only available once a year, around the Mooncake festival season (lunar month of August). I was told to boil it for about an hour. Opening them was not easy! Technically they are called water caltrop. They are called Ling Nuts as well. 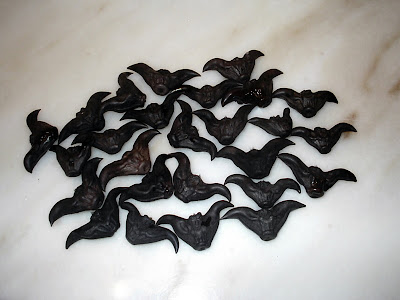 Did they taste good? Hope you know that I missed you, since you were out of town/country!, when I went to the stake broadcast the other day. Hope you are doing well.
Love, Cami

They taste like chestnuts. Yes, I am doing well, thanks, Cami.