Wrong Place at the Wrong Time

You could be cautious on your part, but someone else wasn't. Mike was on his way to get me when someone bumped him from behind at a traffic junction. 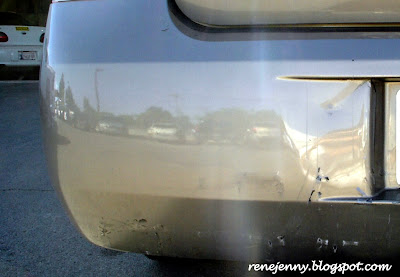 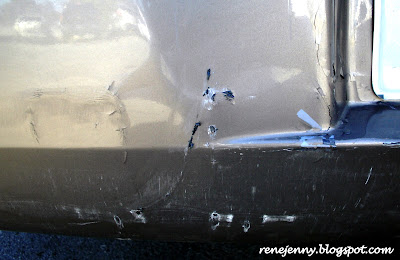 This happened during the past 4 days, during the winter storm and blizzard, at our apartment parking lot. We didn't go out. Someone did and knocked our car and run. The same side as the accident on 12 October 2010! Since we can't afford to pay the $500 deductible, it would have to stay that way until don't know when! Irresponsible culprit! Hope this would be on his/her conscience forever. 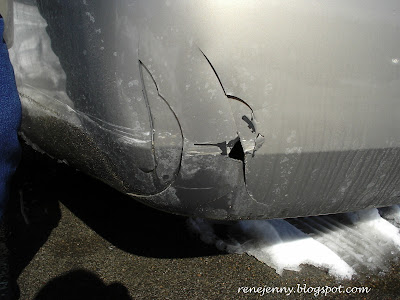 Haih.. accident.. i have phobia d.